Kuva
Photos: Samuli Haapala and Mervi Hokkanen / Finnish Defence Forces
The Finnish Defence Forces tested the use of hydrogen peroxide vapour to decontaminate respiratory protective masks that had been in hospital use. The test was successfully conducted in cooperation with top experts by employing the hydrogen peroxide vapour method proposed by LUT University’s Academy Researcher Katri Laatikainen.

The decontamination test was initiated because the availability of respiratory protective gear seemed to decline as the COVID-19 pandemic spread. FFP2 and FFP3 respirators protect health care workers from patients’ aerosols and airborne diseases.

Hydrogen peroxide vapour was employed to decontaminate the masks. The idea for the method came from LUT University’s Academy Researcher Katri Laatikainen.

”I had observed the Finnish Defence Forces use hydrogen peroxide vapour to sanitise facilities. The method came to mind as I talked about protection against the coronavirus with my sister, who is a physician. My sister asked whether anything could be done to ensure the availability of respirators,” Laatikainen relates.

On the very same day, Laatikainen contacted Professor Markku Mesilaakso of the Finnish Defence Research Agency. The idea for hydrogen peroxide vapour was received with enthusiasm, and the next day, a team was set up to plan the testing. The Finnish Defence Forces agreed to provide funding for the project.

”In a state of emergency, we were able to set up a mass production line for decontamination. I’m thankful that we found people who were passionate about the project,” says Laatikainen.

A network helped build a network

The production line decontaminated three thousand respirators a day over a two-week period. In practice, the protective gear was processed with hydrogen peroxide, and the remaining vapour was allowed to evaporate. Finally, the products were labelled and repackaged.

Roughly 50 people worked on the project. In addition to technical work, the project involved reviewing legislation, reporting, and obtaining external expert statements. Katri Laatikainen was charged with putting together a network of experts and coordinating it – being the glue that bound everyone together.

”I received valuable help from Kirsimarja Blomqvist, Professor of Knowledge Management at LUT University, in putting together a network of fast experts. Also Samantha Kiljunen, Director of the Centre for Separation Technology, LUT, and many others extended a helping hand. Professor Emeritus Petri Ruutu of the Finnish Institute for Health and Welfare, who was a key expert during the SARS and swine flu epidemics, provided important support in organising the network,” Laatikainen lists.

The LAB University of Applied Sciences provided a process description of the collection of used respirators in Finnish hospitals. The masks were labelled, stored, and transported to Ylöjärvi following strict guidelines.

”Hygiene nurses took part in creating the practices, and our online teamwork was seamless. Government organisations and nine hospital districts were involved. I’m happy that the LAB University of Applied Sciences had a chance to contribute its expertise to the project,” says Lecturer Susanna Tella, LAB.

According to Tella, the networks will be useful also in the future, and new projects are already being planned.

The 42-year-old Academy Researcher Katri Laatikainen, who normally develops metal-selective separation and new generation bio-based materials, acquired valuable leadership and coordination experience during the project. Laatikainen says that she learned ten years’ worth of things in a matter of two months – that’s how rapidly the project was planned, set up and executed.

People involved in the project displayed impressive efficiency and motivation in the face of such an important task.

”Everyone gave it their all for two whole months. Whenever volunteers were needed, everyone raised their hand. We had to divide people and tasks into shifts,” Laatikainen grins.

Another gratifying aspect was that the decontamination method actually worked. Laatikainen says an enormous weight was lifted off her shoulders when the microbiological test results came out clean.

The next step is to release a report on the testing of the decontamination of respirators with hydrogen peroxide vapour to the world. It will provide evidence of Finnish grit or sisu and the power of collaboration – pandemic or no pandemic.

”Our country has top experts with the capacity to work together and help Finland onto the path of growth after the COVID-19 epidemic dies down. I want to emphasise that my only contribution to the project was to bring experts from different fields together. They were the ones who did the most important work,” Laatikainen underscores.

The decision to utilise or store the masks cleaned during the project will be made by the Finnish government. The hydrogen peroxide vapour method applicable to large quantities of protective gear will remain an option that will help to secure Finland’s security of supply now and in the future.

“So far, Finland has had a good handle on the coronavirus situation; the virus has not spread uncontrollably, and we have not run out of protective equipment. That, however, does not mean that the threat has subsided,” Katri Laatikainen reminds.

The decontamination test was executed in Ylöjärvi, Finland, from 23 April to 8 May 2020.

Read the Memorandum and proposal for the reuse of FFP2 and FFP3 respirators after decontamination with hydrogen peroxide vapour.

Developing an integrative active layer for adult protective underwear with funding from e.g. the Etelä-Karjalan Säästöpankkisäätiö foundation. The active layer improves the sensation of dryness and reduces skin irritation.

Job involves the development of research collaboration at LUT University and the LAB University of Applied Sciences. 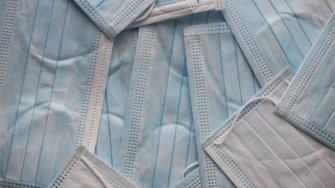 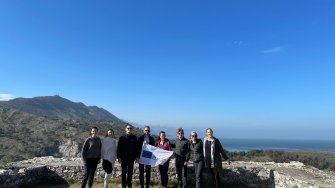 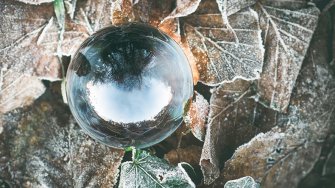