Through our expertise about The Commercialisation of Innovations, we help to promote productivity and competitiveness by developing new models for businesses and organisations. 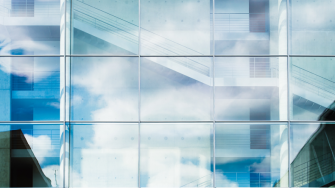 Citizenzs of Lahti were introduced to a modern way of having their say in municipal spending in 2020. The city ran their first city wide participatory budgeting PB “OmaLahti Osbu” where ordinary citizens can give ideas on how to improve their city, co-create with city officials and later vote on their favorites. The city then […] The post #OmaLahti PB Second Time Round appeared first on LAB Focus.

Enthusiasm and Interest led to Entrepreneurship

LAB University of Applied Sciences is running a two-year project in which information about international students who have completed their studies is given to companies. The project International workplaces and experts in South Karelia and Kymenlaakso is financed by ESF (European Social Fund) and together with other project partners such as LUT University Career Services […] The post Enthusiasm and Interest led to Entrepreneurship appeared first on LAB Focus.

2020 was extremely successful year for games and game market globally. Due to the worldwide lockdown people have been playing, and spending more money to games – more than ever. Mobile games are clearly the biggest winner, with $12.4 billion growth of revenue to pre-Covid times. The total revenue of mobile games in 2020 was […] The post Games market in 2020 and what to expect in 2021 appeared first on LAB Focus.